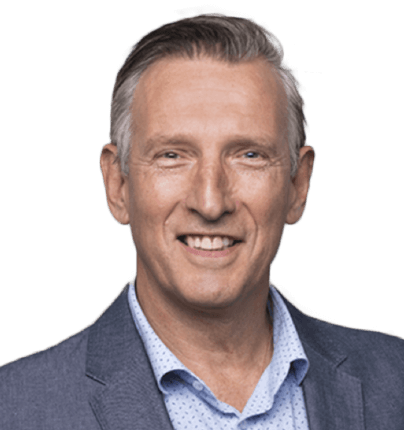 The book "The Peter Principle", by author Raymond Hull from , will only be known to a limited group of people. The Peter Principle is a theory in the field of organizational studies, conceived by Laurence J. Peter. The theory aims to explain the poor functioning of many organizations. Although the book of Peter and Hull was meant as satire, and the theory was not uncontroversial, the Peter Principle became a popular concept, because it is seen as a serious critique of how employees are promoted in hierarchical organizations. 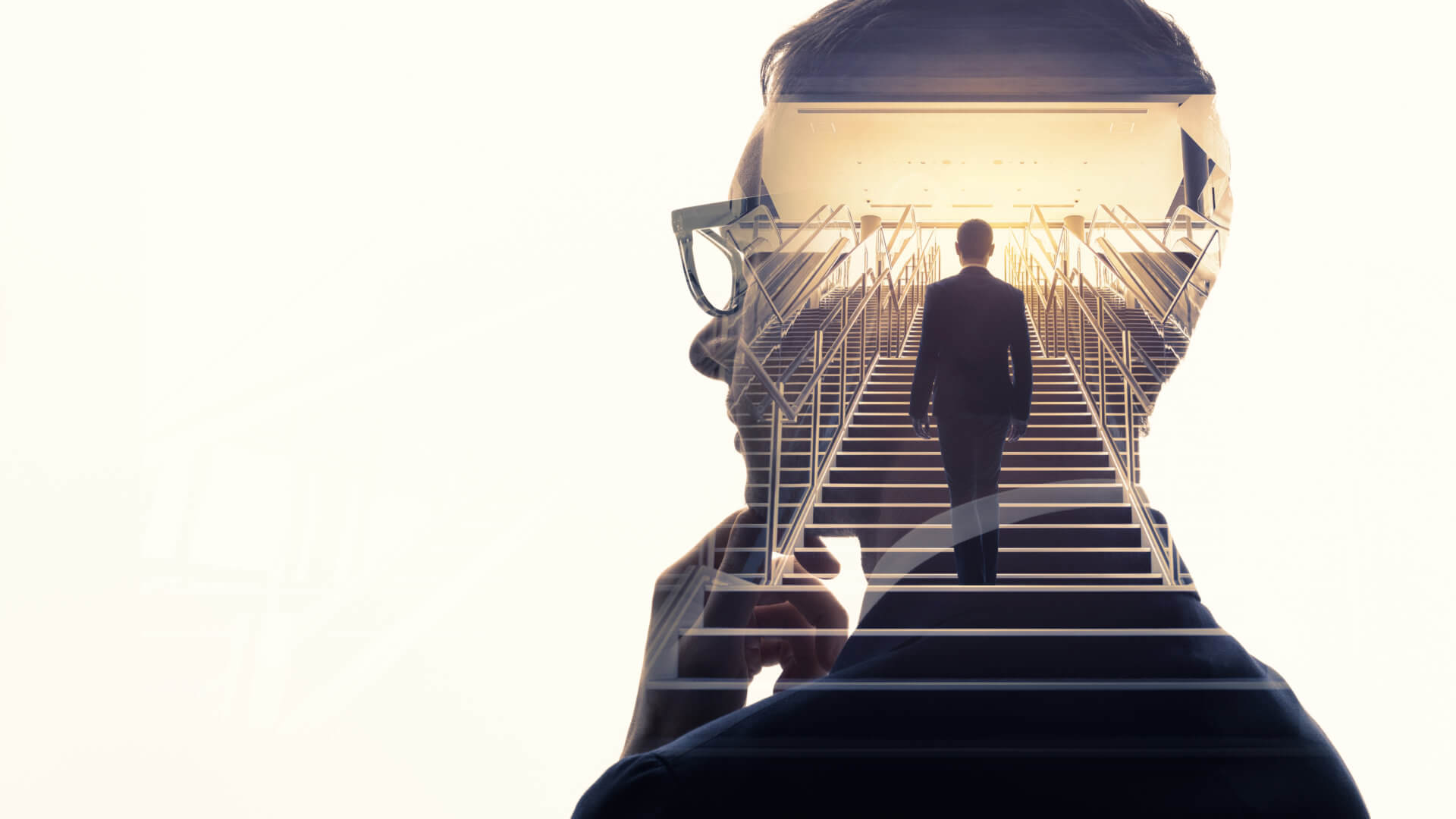 The Peter principle is formulated as follows:

"In a hierarchy, each employee rises to his level of incompetence."

The "mechanism" described by Peter works like this; an employee who performs well in his first position within the hierarchy is in principle eligible for promotion to a higher position. If he also performs well in that next function, the way to a next higher function, if available, is again open.

However, this process stops when the employee no longer satisfies the requirements after his promotion. His (extra) skills or characteristics have apparently been overestimated. From that moment on, his usefulness to the organization rapidly decreases, if necessary until he makes a negative contribution to the organization (on balance). (1)

It surprised me that in my career as a trainer with companies, I've regularly dealt with subjects such as collaboration and trust, which actually implies that there's a chance that trust and collaboration are not a standard in these companies, or are insufficiently present or lacking. It's an open door to say that it should be. Many companies are insufficiently aware of this, let alone that they look for opportunities to implement it. In a later stage of this blog I will come back to the connection with "the Peter Principle".

Statement: There are two things great leaders must have and what many leaders lack; empathy and perspective. I realize that this is a pithy statement, so I'd like to substantiate it. Partly due to the influence of today's society, they are so concerned with their status and position within a company that they forget their real job. It's not about being in charge, it's about taking care of the people in charge or in other words, you are not "in charge" but responsible for the people who are "in charge". These leaders don't realize that and they aren't trained for it.

When you're a newcomer to a company, all you have to do is be as good as you can at your job. That is your only responsibility. Some are even trained for it, for example accountants. Example; as an accountant you have to complete a tough training with a successful exam before you can start working. And all you have to do after that is show up at work and work very hard. Thousands of dollars are spent to teach you how to work with the software or you are sent away for days to be trained in what you do for your company. If you are good you are rewarded and even promoted. You then become responsible for the people who do the work that you first did and that you are good at. But nobody tells you how you should do that; that's why we get managers but not leaders. What they are doing is a kind of micro-management because they are good at the work their employees have to do, that's what earned the promotion in the end.

So we need to make a transition. Some people can do it quickly, some take a little longer and some never succeed. A transition from "responsible for the function" to "responsible for the people who are responsible for the function". So in many companies there is the big pitfall of not teaching new leaders how to lead. Leadership is a skill just like other skills and therefore learnable and trainable. It's like a muscle, if you train it a lot it gets stronger, if you don't train it, it gets weak. So if you train a lot as a leader you become a strong leader, if you don't train you become a weak leader. It's like parenthood; everyone has the capacity to be a parent, but that doesn't mean that everyone wants parenthood and also doesn't mean that everyone should want parenthood. It's the same with leaders; everyone has the capacity to be a leader, but not everyone wants to be a leader and some shouldn't be a leader. And that's because in both cases, great personal sacrifice is necessary. After all, you are not in "charge" but you are responsible for the people who are "in charge". That also means that when things go well you should give all the praise away to those who deserve it. But when things go wrong all the responsibility rests on you; "so that really sucks." It means being the last one to go home because you have to show someone what to do. It means that if things really do go wrong, you shouldn't yell, rant and curse and take over, but you should say "try again." The pressure is not on your employees but the pressure is on you as their leader. While leaders are obviously responsible for the outcome you could also say that true leaders are responsible for the people who are responsible for the outcome.

A true story; over a year ago I went for a drink on a terrace in Eindhoven, to be more precise at Queen on the Markt. It is a great terrace and not because they have special drinks or a special menu. In fact, there are terraces where they have a much better menu than at Queen. It is great because of the people who work there, people like Sam. Sam is a waiter on the terrace and every time I go there he is super nice, attentive and entertaining. When I asked him if he likes his job he immediately replied, "I love my job, I really love it". When I asked him what his employer did to make sure he loved his job he replied, "During the day my boss walks by regularly and asks me how I am doing and if I need anything to make my job great and not only my boss also the partner of my boss". Without my counting on it he said something else: "I sometimes work on the terrace of another catering establishment and there the boss checks if we do everything right. He catches me if I do something wrong by charging mistakes on my tip jar. In fact he thinks he is entitled to a share of the tip jar. There I make sure I stay invisible, get through the day and get my salary. Here I feel I can be myself and I feel safe". One and the same person with two completely different experiences with two employers, so customers have a completely different experience.

Our working conditions and the world around us have changed enormously over the last 25 years but we are still living under the theories from the 80s and 90s which are bad for people but also bad for companies. An example is shareholder value, invented in the 70s, popularised in the 80s and 90s and still standard today. Ask any listed company what their priority is and the answer is maximising Shareholders Value. So that's like a football coach who thinks the needs of the fans or sponsors are more important than the needs of his players. So how do you build a winning team; by starting from the needs of your players. Still it seems to be common and accepted to do things differently. Those models are old-fashioned and over-dated. In the years they were invented, there was plenty and everything went well.

Another example that it does not work anymore; mass dismissals. An example how we strip away human well being to balance the books again or to restore the profits so that the shareholders get their money. We don't realize how destructive that can be for people and how bad it is for companies. On the one hand, employers want to create trust and cooperation and invest in them. But if you want to frustrate trust and collaboration within a day, firing people is the best way to do that. When you fire people, everyone in the company gets scared. Sending someone away and having them tell you at home that they no longer have an income because otherwise the company can't pay its shareholders undermines the trust of all the employees. They will wonder if they are next or how to prevent someone else but not them from being next. The company has clearly communicated that no matter how long you work there or how hard, if the numbers are negative and you are on the wrong side of the spreadsheet, you are out of luck. So people come to work scared, every day. We tell our children they have to dare to be vulnerable. How do you create an environment in which people dare to be vulnerable, dare to admit that they made a mistake or that they have no idea how to do their job well, if they are not safe? Vulnerability is created when you create an environment in which people are safe. Then people will admit they made a mistake, that they need help or training, but also come up with great ideas and initiatives.

We now need to create environments where managers are vulnerable and empathetic so that young people dare to be vulnerable, build relationships with their peers and customers. Dare to ask for help and develop into a better version of themselves.

Now the connection with "the Peter Principle". We need to stop making the mistake of making someone a manager because he does his job well. We need to stop making people managers because they dare to be responsible for the people who do their job well, responsible for the people who just don't know what to do. Managers who take responsibility when things go wrong and stand up for their people and give their people credit when there is success.

We must realize that what Laurence J. Peter examined in 1969 and Raymond Hull wrote down is still valid today. Real leaders are still born but, like top athletes, those talents only reach maturity when given the chance to develop through training and coaching. Johan Cruijff achieved what he did by training hard day in and day out. An employee who performs well is not rewarded but punished if he is promoted to the position of manager without training and coaching. And not only him, but also all the people who depend on his leadership.

"In a hierarchy, each employee rises to his level of incompetence, to rise further he will have to develop other abilities."

As inspiration for this article, the author used lectures by Simon Sinek

Driven and passionate professional idiot with an ambition; transferring 25 years of experience in sales/management to participants. 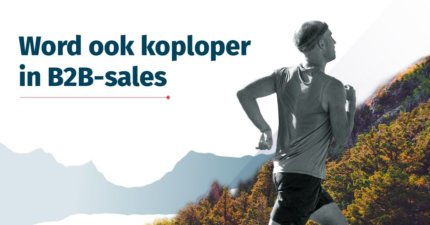 Become a leader in B2B sales too 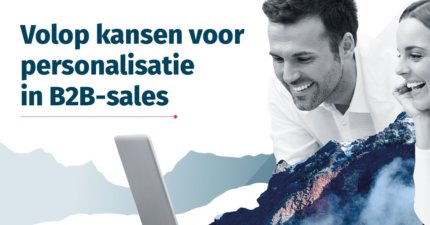 Plenty of opportunities for personalisation in B2B sales 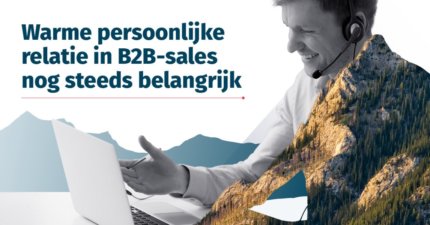 Leave your details to get acquainted without any obligation. If you have a question or would like more information, please fill in your details and we will contact you.

With the national benchmark Sales of the Future we investigated how leading companies can remain successful in the rapidly changing world of B2B sales. What new competencies must the sales team possess? And what approach and tools are needed to optimally support sales?

Main conclusions from the report: