Discover the secret of non-verbal communication and improve your relationships

I recently watched a programme with my wife (Linda) on how political parties are preparing for the upcoming elections. Followed by the party leader of a medium sized party. The name doesn't matter. He or she came into the picture during numerous activities and conversations, including a meeting with the people from the election office. We looked at the programme without reacting to it. 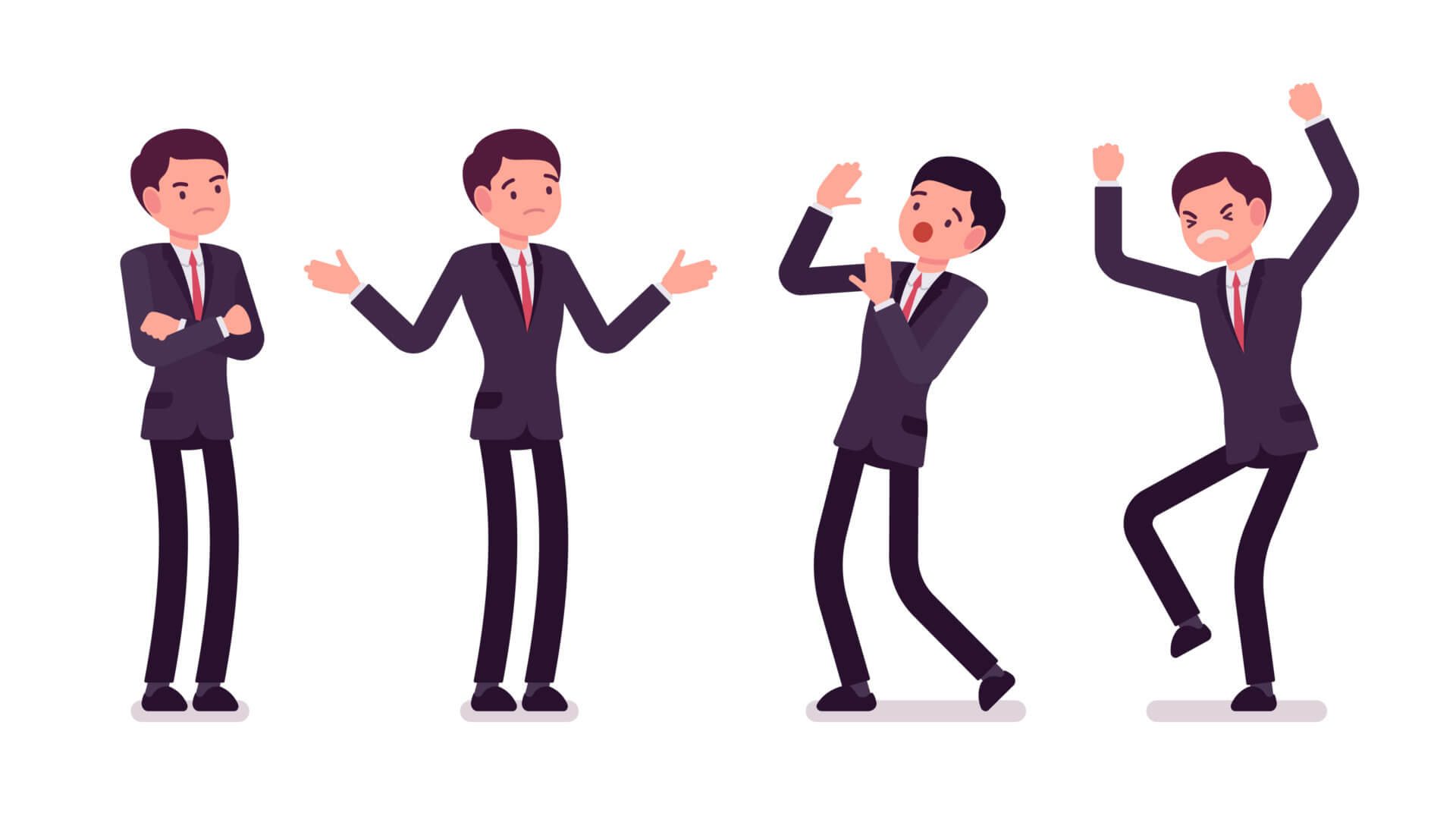 A day later I asked Linda what impression the politician had made on her. "Did it speak to you? What did you notice? Was he convincing? Do you think he/she will win a lot of votes with this? "I myself had paid particular attention to the broad picture, so including the non-verbal part and I had drawn my conclusions. For me it was a test to know what someone, who knows the theory of non-verbal behaviour on average and can look at someone neutrally, thinks about it. Her reaction was that the politician was unconvincing, even doubting his own text, was too self-centered and insufficiently focused on the other, listened badly and seemed restless, not even authentic.

When I asked her what had caused this feeling, she could not give a clear reason. Now this is what happens a lot in conversations. We have a good/error feeling in a conversation and/or person but have no idea where that comes from. I will come back to what behaviour might have led to this judgement. I leave aside the possibility that previous opinions are taken into account, which can lead to selective observation.

What everyone should know about nonverbal behavior

First of all, we need to be aware of our own non-verbal behavior. To know what behaviour you are exhibiting and what effect that has on others. If this politician had mastered this, it would have been possible to prevent an ineffective signal from being emitted throughout almost the entire programme.

Then it is useful to be able to read the non-verbal behaviour of the other person. The nun verbally tells you how he feels and how he thinks about the subject or you.

Finally, by using non-verbal behaviour you can effectively influence the other person. It's nice if, for example, you want to close a deal with a customer or if you want to achieve a certain goal in conversation with an employee.

What is nonverbal communication

Communication consists of three pillars; verbal (the word), intonation (emphasis, hard/soft etc.) and non-verbal. Non verbal is everything but the words themselves, the body language. The contributions to effectiveness are 7, 38 and 55 % respectively. Thus, non verbal has 55% effect on the communication as a whole. We communicate non verbally with our head, face, hands, arms, posture, legs and feet. Your non-verbal behaviour shows whether you are happy, sad, tense, full of self-confidence or a different state of mind.

What's the best attitude to adopt? Overall, an open attitude leads to better understanding, a better atmosphere and ultimately a better relationship than a closed attitude. You can recognise an open posture by the arms apart, legs uncrossed or crossed to the other, friendly facial expressions, eye contact, body slightly in the direction of the conversation partner. In a conversation you are more likely to be experienced as an empathic and interested listener if you adopt an open posture, look at the other person regularly, hold your head slightly tilted, nod regularly and regularly show your palms.

What also contributes to a good atmosphere and trust in each other is when you regularly mirror the other person's behaviour. The other person then recognizes themselves in you and automatically gets a better feeling about you. Man has a natural tendency to mirror. As long as this is an open attitude is fine, but beware of mirroring closed behaviour. Within the theory of neuro-linguistic programming this is seen as effective in certain cases, but for now it goes a bit too far. I'll come back to that in my next blog.

So, for example, if your conversation partner has a hand in his side, he will accept you more easily if you also have a hand in your side. Don't do this too conspicuously, by the way. Usually this is an unconscious process for your conversation partner. He/she has a good/bad feeling with you and has no idea where that comes from. Also know that the other person tends to mirror you. So if you take an open attitude he will do the same and feel better with a better chance of success for you.

It is advisable to observe your interlocutor closely. He can give you signals about what he thinks and feels. I call that red, orange and green signals. Red is, for example, when your conversation partner abruptly moves from an open to a closed position. If he also looks angry (i.e. a cluster of signals) then you know that he does not agree with you but does not say so (yet). Then stop what you were doing and, for example, ask a question about the subject. Orange signals are actually the transition from green to red and vice versa. Vigilance is then required. In a cluster of green signals (open posture) you can quietly continue with what you were doing.

We live in emotional zones. These are so-called bubbles around us, each of which knows a certain distance. It is important to keep that distance in relation to people. For example, we know the public zone (>3.6 metres) that is suitable for speaking in public. The social zone (1.2 - 3.6 meters) for a first meeting with a business relation. If you get too close too quickly, the other person will distance themselves from you. Between 60 and 120 cm is the personal zone in which you will be admitted if you know and like each other better. Therefore, you must first earn money in order to enter this zone. If you succeed in doing so, you will have laid a good foundation for a good relationship. You will be the only one who has achieved this with an important prospect, giving your competitors the edge. By the way, the Corona measures are disrupting this process considerably. People you like to have in your personal zone are often not allowed in now. For others, it is a blessing that they can now keep certain people at bay. Furthermore, we know the intimate and physical zone that I will not go into any further now. By the way, the measurements mentioned are global, because they can differ per person and culture.

Finally, something from the theory of neuro-linguistic programming. This tells us about people's preference for storing information, about how they think and communicate. People with a preference for a visual filter think mainly in pictures, auralists are more focused on what they belong and a kinesthetic preference is mainly about feeling. You can see how that is in your conversational partner by eye movements and the choice of words, among other things. Statements such as 'I see it for me', 'that doesn't sound good' and 'I feel' give insight into personal preferences. In order to find an optimal connection with a conversation partner, it is an advantage if you allow your way of communicating to match the other person's preference so that you speak each other's language. If, for example, you have to work out a sales proposal for a visually oriented person, use a nice presentation with lots of pictures, for an aural person you tell a good story and for someone with a kinesthetic focus you provide tangible material such as an example of your product or a beautiful brochure.

What was the non-verbal behaviour of the politician that made my wife unhappy and expects the politician to get few votes based on the broadcast? It is possible that the following behaviour, as determined by me, played a role in this:

A seemingly unimportant detail of non-verbal communication may prove to be essential. For example, research on election debates in America shows that usually the presidential candidate who blinks his eyes the least wins the election in the end. Coincidence?

How aware are you of your own non-verbal communication, are you able to read someone else's behaviour and can you influence situations with your communication channels?

I invite you to share your experiences and start the discussion. Perhaps that will lead to another, more in-depth, blog on this topic. I am ready for it!

I am an inspiring motivator focused on creation. 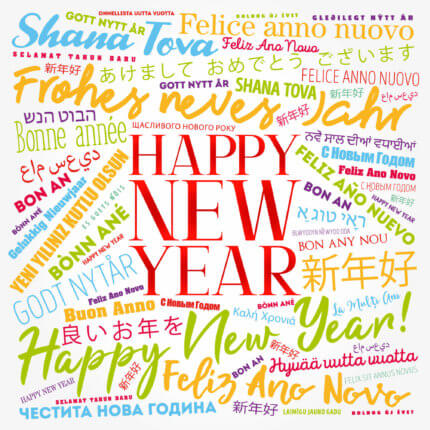 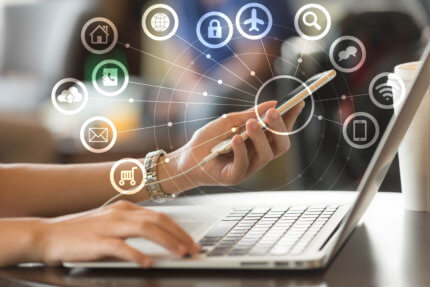 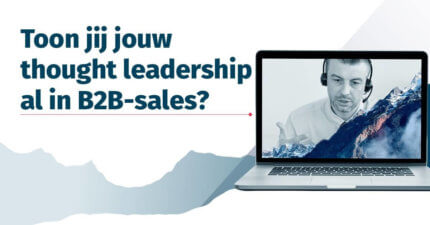