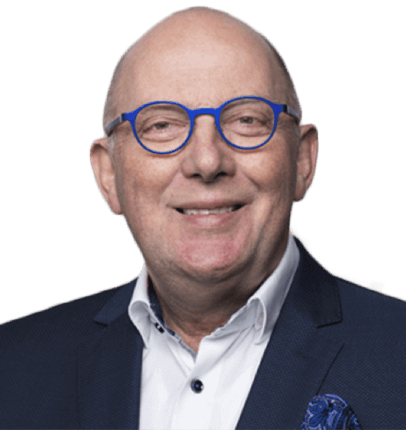 What is Sven Kramer's secret?

Sport, Sales and Management have a great deal in common; you will only reach the top if you do everything you can! The article below shows what the similarities are, why and how you can pick it up and how you can benefit from it.

It's 8:30 Tuesday morning. Rogier's taking his car to work. He's been a salesman for 15 years, has a smooth chat and likes himself very much. It's all easy for him. Although he's been missing out on more and more orders in recent years, he doesn't worry too much about it; he'll reach his target this year anyway, because he always does. However, it is less generous than in the past. His manager has already spoken to him about the fact that he observes that Rogier is much less sharp than he was a few years ago. Rogier has sometimes wondered why he sometimes misses orders, but without finding a real answer to that, it remained.

Every human being has been given his or her own talents at birth. One naturally has a beautiful voice, another a pair of super-fast legs and yet another a great muscle mass. That's very nice, but it's no guarantee that you will become a great singer, or a great marathon runner, sprinter or top athlete. When I ride over the A32 past Heerenveen and look to the west, I pass the IJsstadion Thialf. The ice stamp for the Frisians and the Dutch. There where Sven Kramer has achieved many successes and as a skater still belongs to the world top. A wonderful example of someone who has really made the most of his talent!

Why is things getting worse at Rogier and why is Sven Kramer still at the top after 15 years? A very important question with a very interesting answer if you can answer the so-called why-question, then you can also answer the how-question . This is what Simon Sinek writes in his book: "Start with WHY! How Great Leaders Inspire Everyone to Take Action".

In a newspaper article Ton van Veen, the CFO of the Jumbo empire in Veghel, states: " Not winning is not bad, but you have to know why; and then make sure it doesn't happen again".

Rogier told me in a personal conversation about his work and that it became more and more difficult for him to get orders, which used to be a piece of cake. He had no idea why. His company, where Rogier worked for 15 years, was a successful organization and he did almost everything autopilot, so he didn't get tired of it either.

He had learned to sell from his manager and partly from himself, although he did not know exactly how it had gone. In any case, he had never read a sales book, did a written "sales training" 19 years ago, but couldn't really remember much about it.

"Do you know Sven Kramer?" I asked Rogier. He looked at me in amazement and said: "Yes of course, who doesn't know him, great skater, many times Dutch, Olympic and world champion, the best skater ever. He's been at the top for over 15 years." Apparently Rogier had put more study time into Sven Kramer's career than into his own. I made the following statement to him: "Sven has to train incredibly hard to stay at the top. Suppose he were to train 50% less now, would he still be at the top?" Rogier was very resolute in his answer: "Absolutely not, maybe he can still ride the 10 km on the NK every now and then, but a podium is no longer there for him and he can completely forget about World Championship skating, because there are many skaters who will be faster than him".

I looked at Rogier closely and asked him the question: "Rogier, returning to yourself, how much and how often do you train and do you keep yourself in top condition as a sales professional? In other words: How can you expect to keep performing if you don't invest in yourself?"

It was a moment of silence on the other side of the conversation table only to admit that he had done nothing to stay in top form in recent years. "I myself am the cause of the decline in sales. I didn't do anything to stay on my old level. I haven't been taught or stimulated by my manager, because he doesn't know either. I will have to work really hard to catch up, otherwise things will really go wrong."

Together with Rogier I drew up a plan of action and he started training hard and after six months he called me: "Thanks for your good advice. In the past month my goals have been amply achieved. Things are going better every month. What a positive change and I have a lot more job satisfaction. Thanks!" Look, that's what you do as a trainer and of course it helps me achieve my goals.

A comparison between Rogier and Sven is most easily understood from Sven Kramer's perspective. He is a natural talent of extraordinary class. Acquired from, among others, his father Yep. But talent alone doesn't get you there. When Sven joined the world skating summit at the age of 18, he had trained for thousands of hours from an early age. On a bike, running, with weights and of course skating. A tight rhythm of life from time to time to bed, the right nutrition, training, resting on time, being economical on your body et cetera et cetera. And that rhythm day in and day out. But of course there are more skaters who have done that in the Sven Kramer way. But how do you become an even better skater than all those other skaters? By training even more? No, that stops at some point, because otherwise you get overtrained. So you have to improve your technique, your physical posture. Every detail improvement means (time) gain. So it's all about the details!

Why does Sven van Rogier win?

In other words: what does Sven do other than Rogier and how does Sven stay on top? The answer is as simple as it is logical; by training, on the ice, in the gym, in the wind tunnel and on the bike. So practically training where it has to be done in practice; on the ice rink. And then very often and very hard. But also by constantly thinking about how you can do things differently and better than the competition. Sven will certainly have studied and read books, but with only a written or digital course in skating, billiards or golf, no one has ever won a competition. And this also applies to both salespeople and managers. You will have to constantly maintain, refine and improve your skills. Pick up new developments and use them well. Small details often determine at the end the difference between success or failure.

How did we help Rogier to become a 'sales champion' again?

The interactive trainings we give are the perfect application to achieve this 'championship'. In small groups of up to eight people, we train with practical examples, which you will actually encounter on a daily basis in activities, and we increase your skills directly. Role-plays, ping-pong and workshops. It's spicy and you can use it the next day directly in your own practice. But beware: training is fine and you will also have to maintain and further develop your new skills in order to remain optimally alert.

Train, train and train again, because 'rest, rust!'
The Winner takes it All

The road from policeman in Amsterdam to DGA of a large company is very challenging. I did it! Motivating myself and setting clear goals has brought me where I am now. 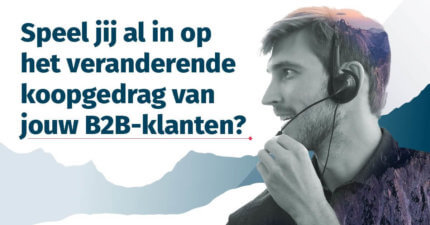 Five reasons why you shouldn't want your organization to mature